I first met Louise LeBourgeois on the rocks. I’ve called myself a “rock person” for a few years, ever since I first landed in Hyde Park and my skin was warmed by the large formations that line the shore of Lake Michigan on the Southside. I’ve formed friendships with fellow rock people throughout the years, but it was only recently that I decided to finally meet up with the Point swimmers, a group of open water swimmers who meet in the early morning (some even swim year-round). I’m more of an afternoon swimmer myself, but there’s something exhilarating about seeing folks kicking in the waves of Lake Michigan while the sun rises—the sun rearing its pretty head and reflecting on their pink and yellow swim caps.

After grabbing coffee with the swimmers, we went our separate ways. But before I departed, Louise LeBourgeois handed me her card.

LeBourgeois’ large panel paintings confront you with their vastness; a neverending-type-of-feeling. You want to sit inside of them. Do you dare to touch it? Do you find yourself inside of the color, the chill of the water washing over you? I know these scenes very well. Two or three times a day I used to sit, walk, and run by the lake. I still frequent it two or three times a week. It’s a necessity. Rain or shine, July or December, I’m there on those rocks by the water that LeBourgeois paints. 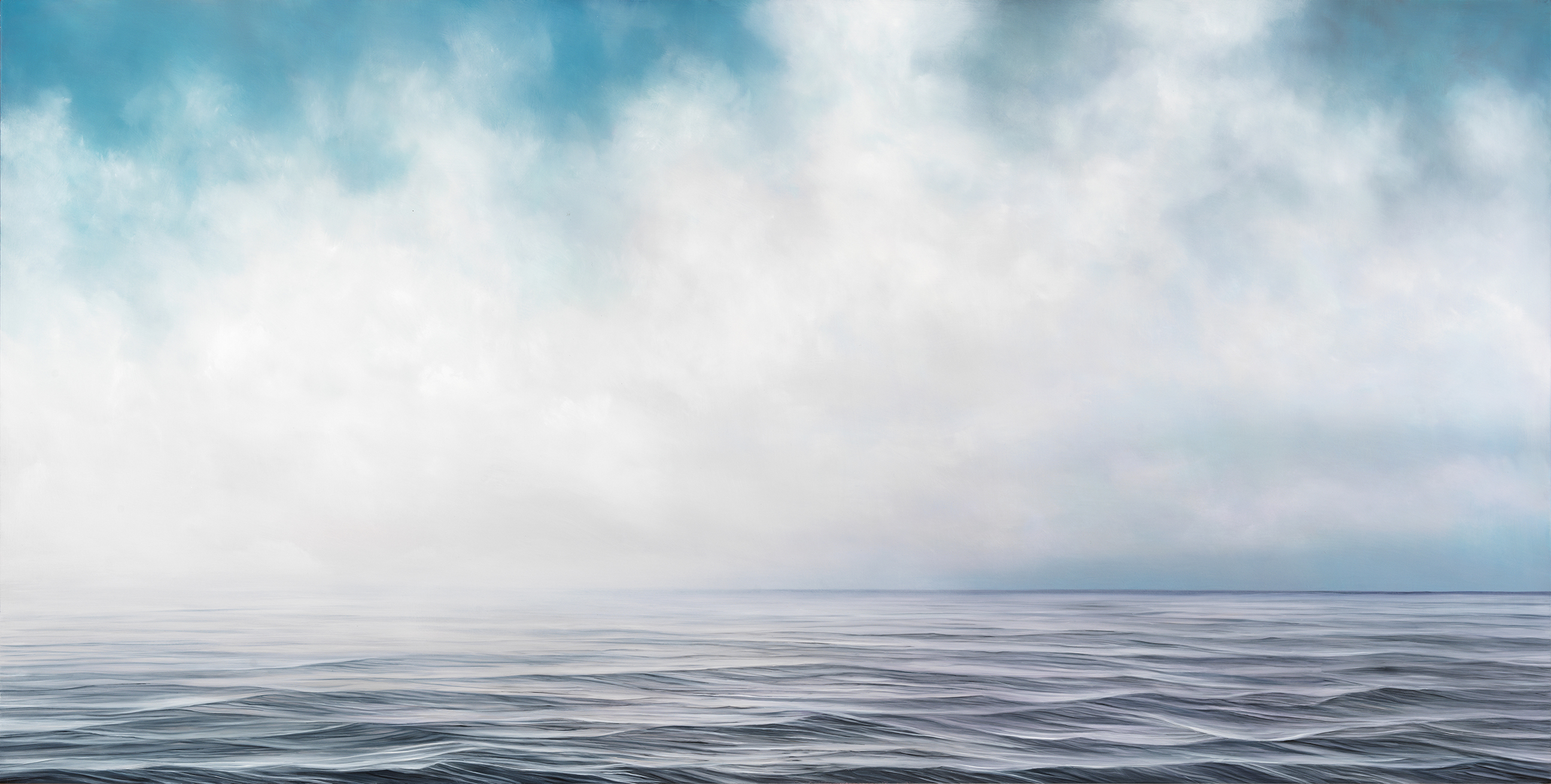 Born in New Orleans, brought up in South Carolina, raised in Hyde Park, and currently living in Rogers Park, the painter works with two subjects: sky and water. What’s special about the great lake is that it’s always changing—day-to-day, hour by hour. LeBourgeois is inspired by this change as she works with landscapes that exemplify the simple kiss that happens at the horizon. The artist calls her paintings, “water and sky paintings,” and they are an undeniable pull towards the unknown. Like swimming in the lake, with its undertow, sudden temperature changes, and infinite strength, the water and sky paintings often blur the horizon line and blend into a singular gradient.

Naturally, LeBourgeois’ studio in Rogers Park is a hop-skip away from the great lake. An intimate understanding of the lake is reflected in her paintings. Her 2019 piece Water Touches Water #622 celebrates a storm over Lake Michigan. There is nothing like rainfall rolling into the lake. Even better yet, there’s nothing so thrilling than swimming in the lake when it rains. The two properties—both water—being reunited in the piece creates a full circle. This piece has a hard horizon line, whereas in other paintings, like As It Is #624, the horizon requires more squinting, as it disappears within the clouds, the vapor, and the sunlight. The ambiguity of the horizon is due to the limited color palette in the works. Greys, greens, and blues are the central hues. 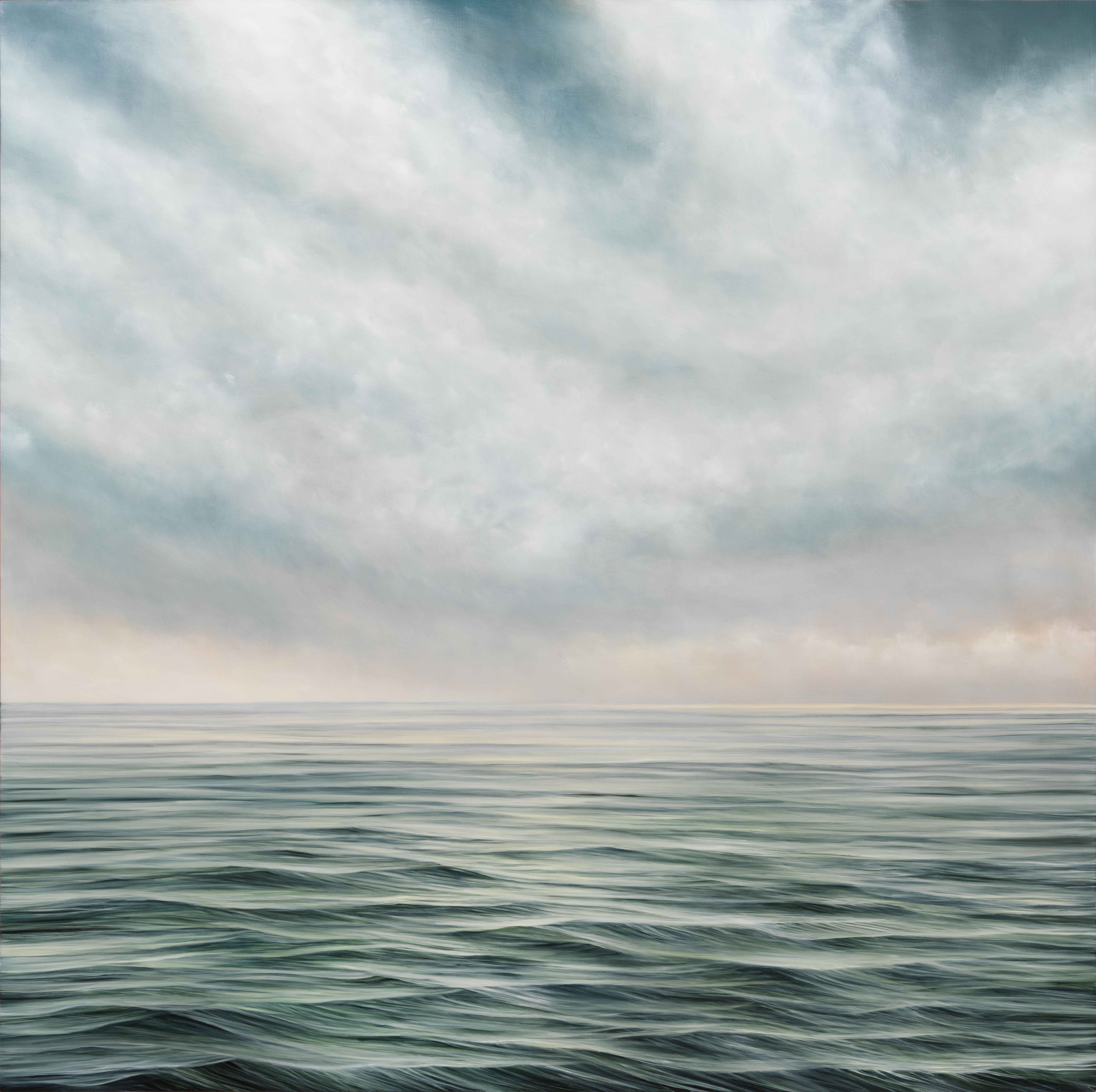 Since the pandemic, the artist has been working on a new style of abstract painting of the lake. The piece Moon Translation #635 “gets my heart pounding a little faster,” she tells me. “Right now, I’m interested in this flat, harsh horizon line and getting a sense of light emanating from the image. [It’s] the way you walk out to see the lake and often what strikes you first—other than the specific types of waves that are on the lake that day or the types of clouds that are in the sky that day—is the light.” She goes on to explain that she’s becoming more interested in the sense of presence and light that comes from the lake.

And LeBourgeois knows the lake. So it’s no surprise that she paints from memory. “I started doing water and sky paintings when I was in grad school at Northwestern,” she tells me. “The reason why I started doing them was not because I was intrinsically like, ‘Oh, this is the subject matter that I’m going to paint for thirty or forty years.’ It wasn’t like that.” The artist grew up as a competitive swimmer but didn’t consider herself an open water swimmer at the time when she was in grad school. “I was in between my first and second year of graduate school and very frustrated with my painting ability. I just wanted to be a better painter. I wanted to be more comfortable with the stickiness and the fluidity of the paint.” After thinking through what a good exercise would be to better her skill, she decided to wander to the shores of Lake Michigan. “It’s always changing. Nothing is still. It’s not like painting a chair or a shoe or someone’s face. Water can be sort of still but it’s always moving. It’s both reflective and transparent.” 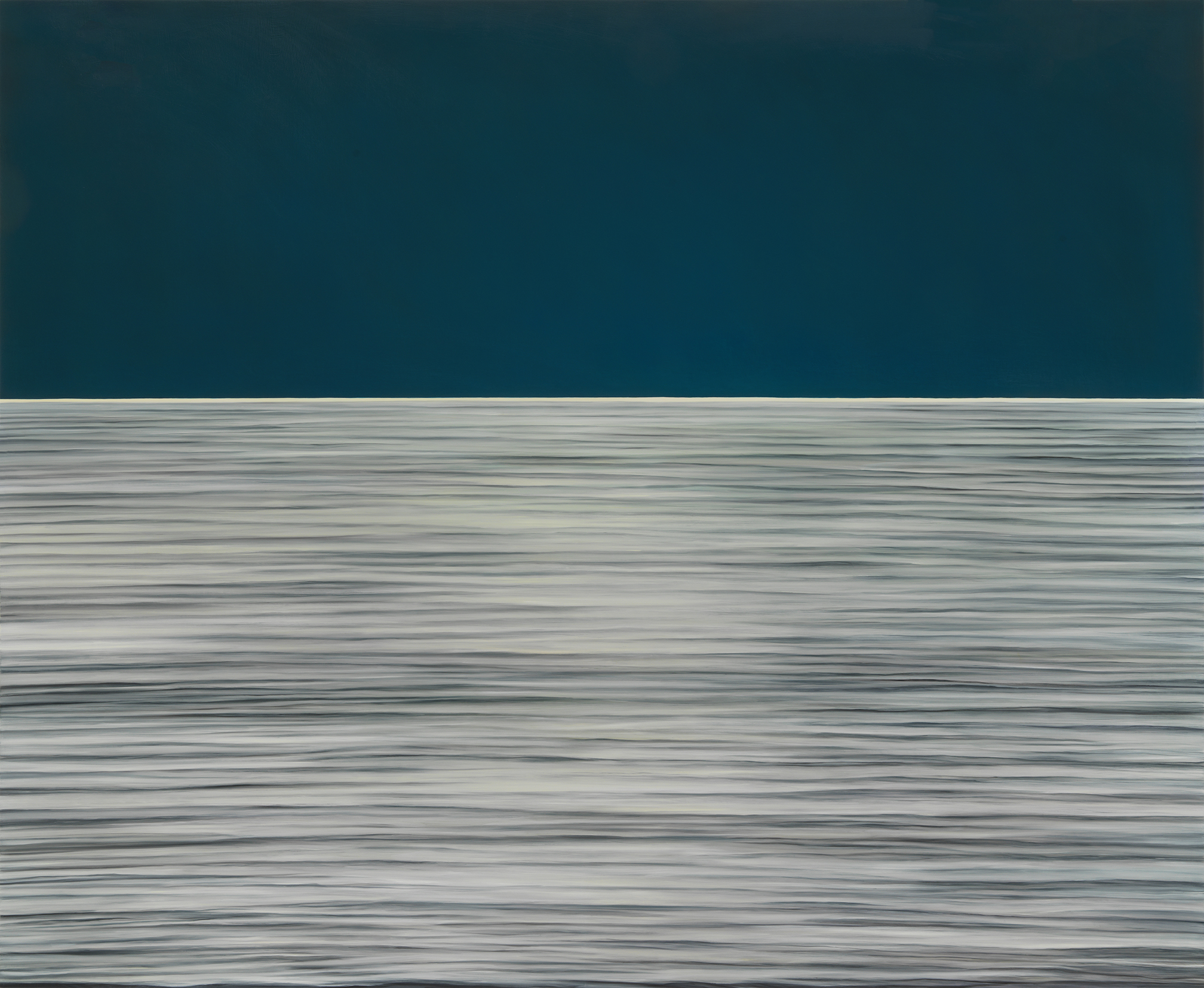 As a result, she decided that painting water would be the best challenge. “I thought, ‘If I can be good at painting that, I can paint anything I want.’” Her grad school exercise culminated into the work that she’s carried throughout her professional career.

Painting the water and sky has become an obsession for LeBourgeois. Up until 2012, she was still painting landscapes with land and objects but decided to narrow her focus. Since then, she’s honed in on this anchor in her life, Lake Michigan, something she sees daily and dives into frequently. 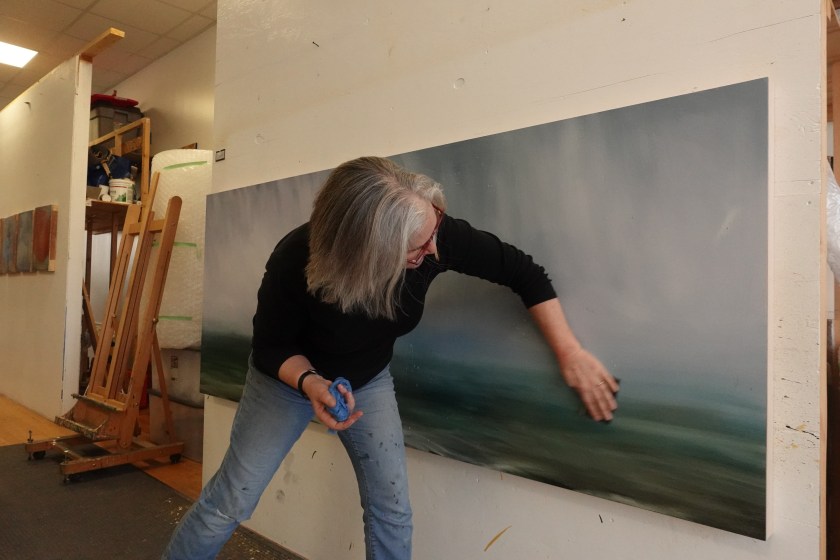