It is with great sadness that we announce the loss of our friend and artist, Charley Brown.

Charley was an accomplished artist and a man of integrity, humor, and innate kindness. Born in Barstow, California to Katherine Elaine Smallwood and Charles Henry Brown, he began painting at an early age and blossomed under the tutelage of his mentor, Jack Baker, at Santa Barbara High School. From there he studied at the California College of Art, and earned his BA (1970) and MFA (1971) from Humboldt University in Arcata, California.

Charley was an adventurous artist with an extraordinary dexterity that led him to explore many styles of painting while preserving the elegance and craft that defined his work. He enjoyed generous critical acclaim and commercial success.

His early work featured playful, detailed surrealism influenced by -- and occasionally directly referencing -- the work of Veronese, Vermeer, and Van Eyck. He shifted ever deeper into non-figurative content; suspended hands reaching out of the painting’s frame, knots of snakes forming crowns atop invisible heads, spatters and drips of paint creating veils of color, similar to Chinese porcelain glazes.

Finally, he landed on a pure non-figurative style that would captivate him until the day he died. Working primarily in black, white, and pale umber, he used paint brayers to create sweeping shapes that stretch and twist like dancers. Sometimes these paintings exploded with color reminiscent of Matisse. As a final statement this series of painting combine the shadows and the light of his personality in a powerful way.

In 1984, Charley and his husband, Mark Evans, established Evans & Brown, an atelier of painters creating large-scale works of art for public and private spaces. Their work can be seen in San Francisco in the Monadnock Building and the James Hormel Gay & Lesbian Center in the Main Public Library, and across the globe from Tokyo to Deauville. www.evansandbrown.com

Charley was a sweet and gentle spirit, with a fierce passion for social justice. He contributed generously to progressive causes dedicated to the well-being of others and the return of decency to political discourse. He was a truly happy soul who brought light and easy joy to everyone he knew, especially Mark, his husband of 41 years. Their relationship was pure magic.

His loss is unimaginable, but a part of Charley Brown will live in us always. 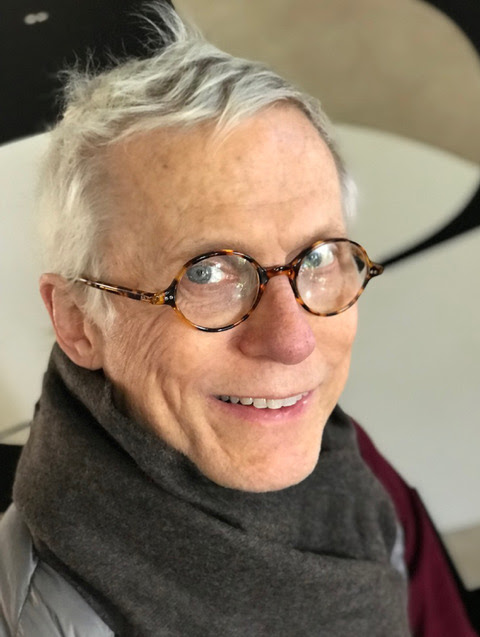