Victory against all odds appears to be one operating metaphor in Metaphoric States: Five Bronze Works by Stephen De Staebler at Montalvo Arts Center through Oct. 1.

De Staebler's 2010 bronze Winged Figure Ascending seems like that idea's most obvious realization -- the Greek goddess Nike as a Brutalist angel readying for take-off in front of Montalvo's villa.

A more down-low embodiment is the 1982/1985 sculpture One Legged Woman Standing, a fragmented figure that seems to refer to remnants of antiquity -- or a wounded warrior fo more recent vintage.

The latter sculpture's path toward visibility--and this exhibit--was an unlikely one.

"Some of the works were in storage with (De Staebler's) family or at the foundry where he worked in Berkeley," says Kelly Sicat, director of the Lucas Artists Residency Program at Montalvo Arts.

"One Legged Woman Standing--she was deep under shelving and hadn't been seen so that was amazing."

The work joins a set of figures that play off the setting with thought-provoking effects. The forthright gait of Deep Striding Woman is echoed by columns neat the oval garden, and De Staebler's Two Women Walking graced with faces and coats of color which were unusual for the artist, commands a side veranda.

Metaphoric States is a part of an effort to activate the historic grounds with works on loan, Sicat says, and she thinks the works by the late San Francisco State professor, who was instrumental in the California Clay Movement, has been "transformative." 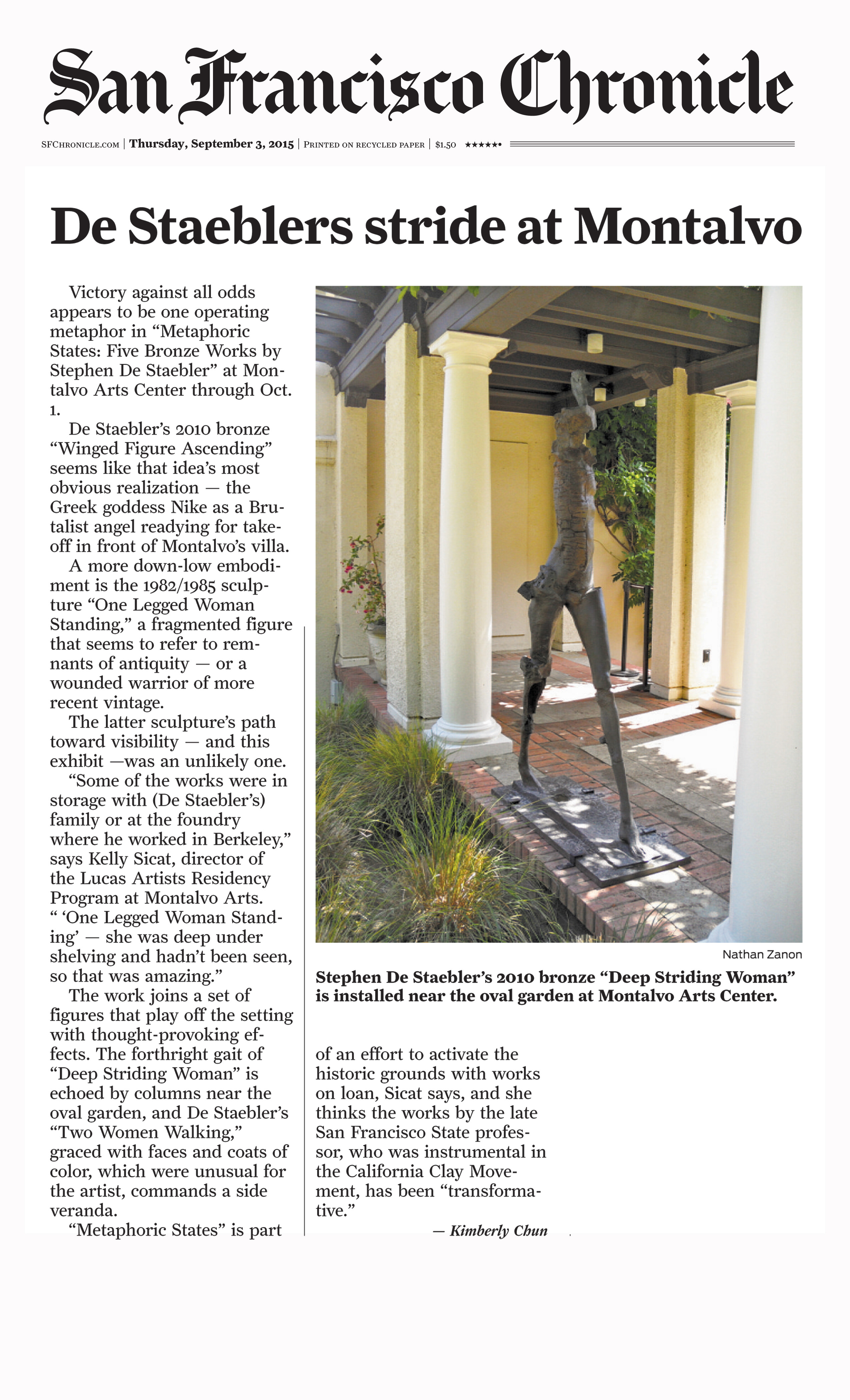