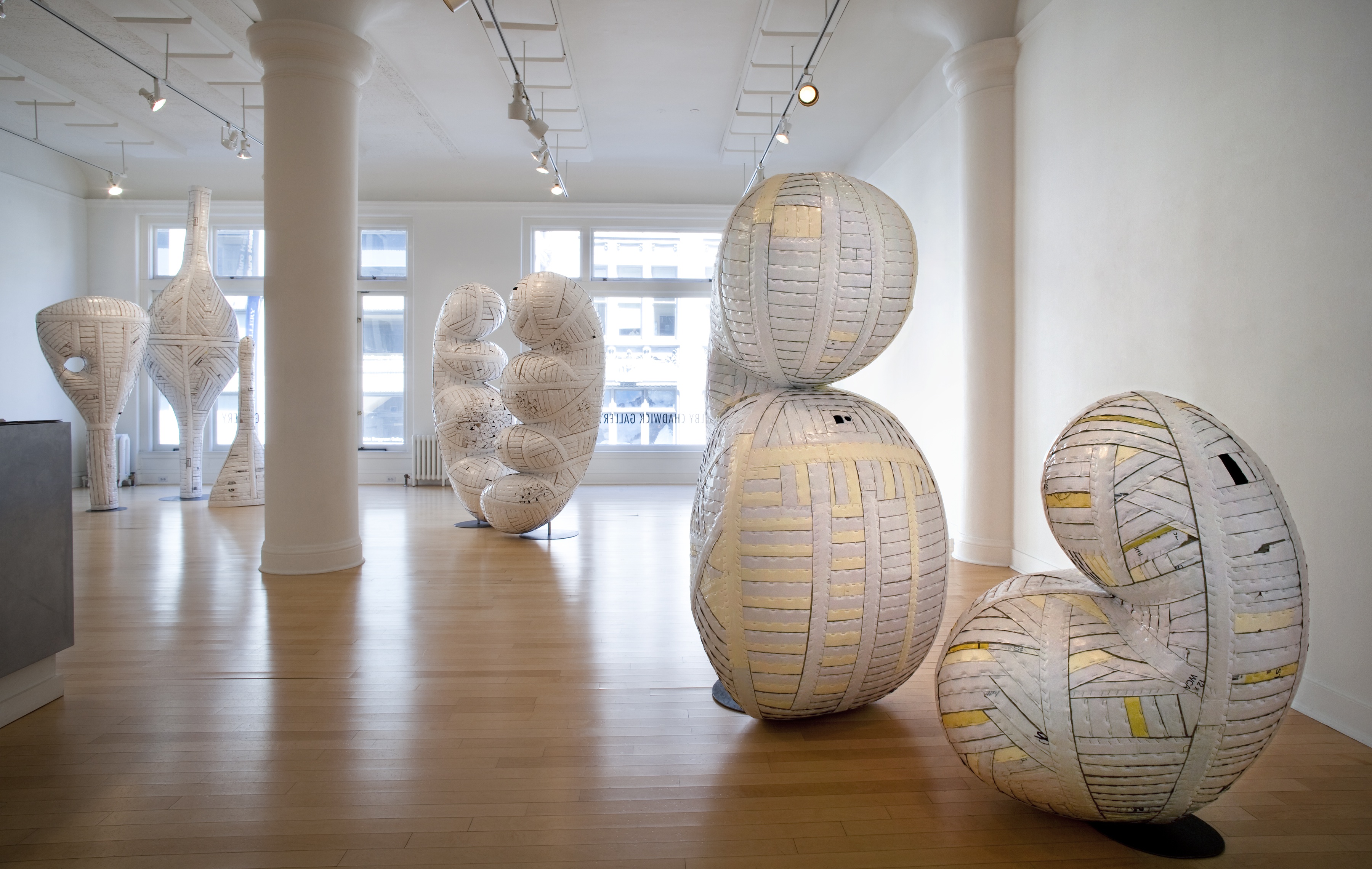 Amazing sculptures by American artist Ann Weber will be on view in March, at the Dolby Chadwick Gallery in San Francisco. Weber has drawn praise for her ability to commute the everyday into the extraordinary, utilizing found cardboard to create moving, sensuous, and often anthropomorphic forms. She gives special attention to the human bonds and belonging, which is particularly evident in some works that will be shown at the exhibition. Weber’s abstract sculptures should be understood as metaphors for life experiences, such as harmonizing practices that define our lives. At the Dolby Chadwick Gallery exhibition, the latest works by Weber will be shown.

The Art of Ann Weber

Ann Weber’s artistic journey began with ceramics. At the very begging of her career, Weber was making functional pottery. In the early 1990s, Weber started working in cardboard, which will remain a dominant material in her works. Although she uses other materials as well, every sculptor has its favorite material, and for Ann Weber it is cardboard (we have recently written about other big names’ favorite materials in contemporary sculpture and art, such as El Anatsui, Tadashi Kawamata or Brian Clarke). As Weber puts it, the cardboard allows the artist to make monumental, yet lightweight forms, and eliminate the cumbersome process of clay. By casting ordinary cardboard into bronze or fiberglass for public art projects, Weber illustrates that things are not always what they appear to be. Even in other materials it is easy to see the details of the former lives of cardboard boxes and individual staples. Ann Weber insists on the psychological component in her works, and she wants the viewers to bring their own associations to the artwork. With a palette of simple forms (cylinders and circles), her sculptures are symbolic of male and female forms and the natural world. She uses architecture and art historical references to evoke memory, relationships and morality.

At the Ann Weber Exhibition at Dolby Chadwick Gallery, visitors will be able to see the latest works by this extraordinary artist. For her large-scale Personages works, Weber first constructs an internal, three-dimensional armature in cardboard that she then wraps with strips of cardboard measuring no more than a couple of inches wide. These tall, upright pieces bear resemblance to the human body, an effect that is amplified by the artist’s tendency to group multiple sculptures into a single work. Weber’s wall sculptures, on view in this exhibition, utilize a process similar to that of her Personages. The first group of reliefs was inspired by stays in Italy where she was inspired by Bernini and his unique facility for articulating in marble the folds of fabric. After Ellsworth (Yellow) and After Ellsworth (Green) bear similarities to Weber’s Roman wall reliefs but were informed by Ellsworth Kelly’s Spectrum V (1969), thirteen large paintings-cum-sculptures that each represent a single hue along the color spectrum. Weber was inspired by Kelly’s use of color and insistence that “presence” is just as important as mark-making.